Roadkill Rollers is a mixed gender league that trains twice a week on Tuesday and Friday at 8:30 PM at Sporthal De Horstacker in Nijmegen.

Market Gardeners is a mens team with players from Nijmegen, Arnhem and Eindhoven that trains on Sundays. Visit their Facebook page.

Usually Roadkill Rollers organises open training sessions (Fresh Meat Nights) in January and September. We can lend you skates and protective gear. In between it may be possible to come skate with us as well.

Inform about the possibilities

Our league is open to skaters 18+ of all sizes, experience levels and genders. New members are first trained in skating skills as well as how to play roller derby. After we’ve brought you up to speed, you’ll join the game team and can enter in scrimmages and matches.

Non-skating officials are a vital part of roller derby. They keep track of the scores, penalties, game time and such. Roadkill Rollers gladly welcomes NSOs at a discount membership. 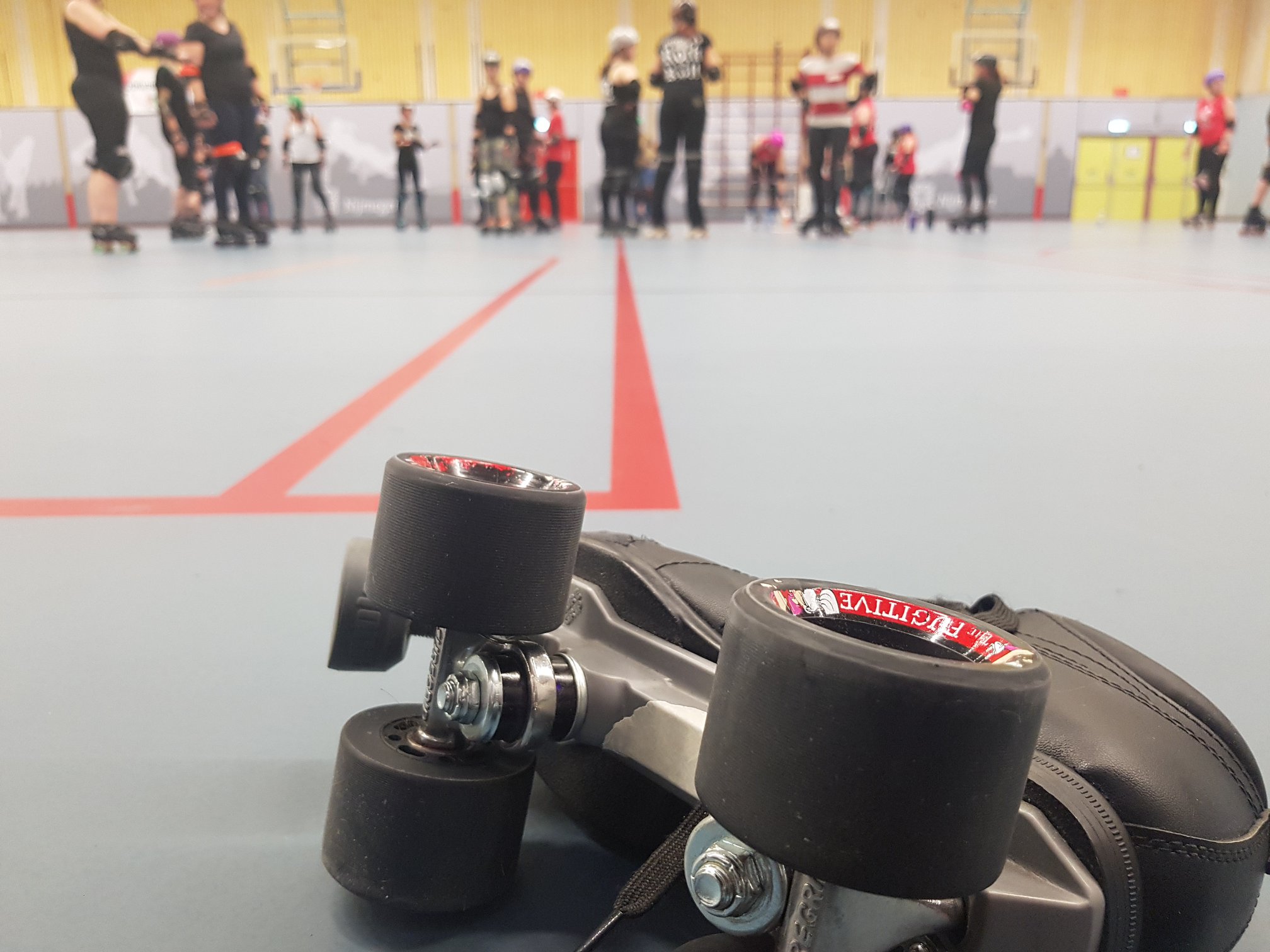 Become a Roadkill Roller too!